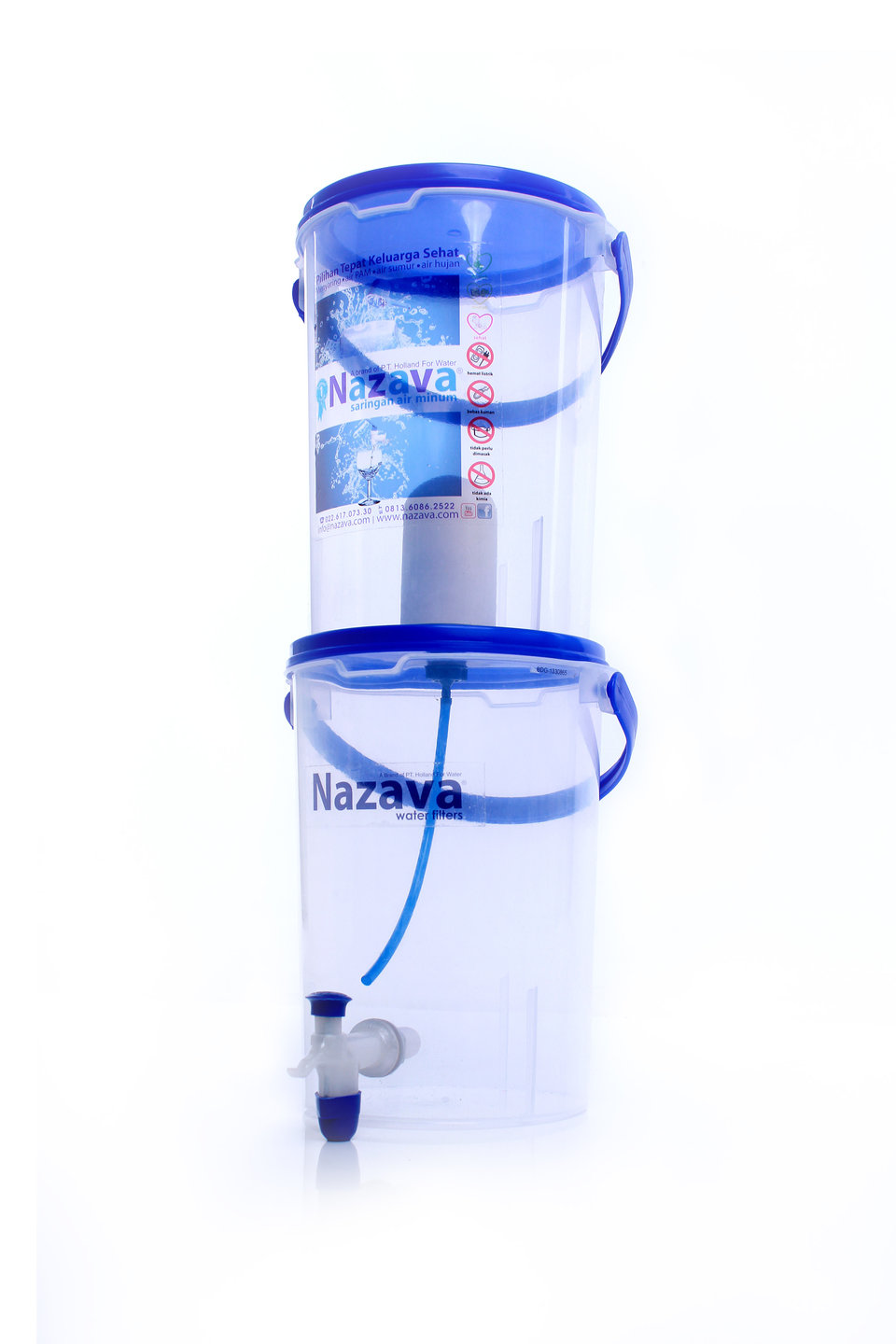 A Nazava water filter salesman came by. He knew we already had two of them and had been filtering our own water for over four years. We've saved a ton of money because we don't buy drinking water but make our own from tap water. Came to check it out and ask a few questions for a company survey. He was a funny, bright guy from the city of Klungkung bout an hour away. I had things to say to him about how to maintain the units that was different from what they teach. We don't use the blue straw that's connected to the drip thingy. Why? And I don't use their abrasive scrubber to clean it - just my hand, so it doesn't have to be replaced. I just went to the company website and asked them about those two practices and if there was some reason I should use the tube and clean it like they suggested. I suspected they like replacing the filters every two or three years for the money. But Katrinka who cleans it much less uses the scrubber so maybe we've got the perfect combo there.

One other thing I talked to the salesman about. I've noticed that most locals who get these things donated to them don't clean them enough so they clog up and stop using them. I've had friends with restaurants get them and cleaned them and refilled them myself when I see they need it. They're too much trouble. New habits hard to take on if it means going to more trouble than the old ones. Even poor people will buy water or boil water (which doesn't get the pesticides) rather than get into using them right. We know a guy who gets grants to to distribute them all over to the poor and refugees from volcanoes and earthquakes. He does one quick mass instructive talk and is off. Good luck. I suggest the company do a followup. Potable water from the tap is far superior. There are also many places with potable and non potable supplies running next to each  other.

If you got heavy metals in your water you have to move up to a more sophisticated system.
at November 20, 2018