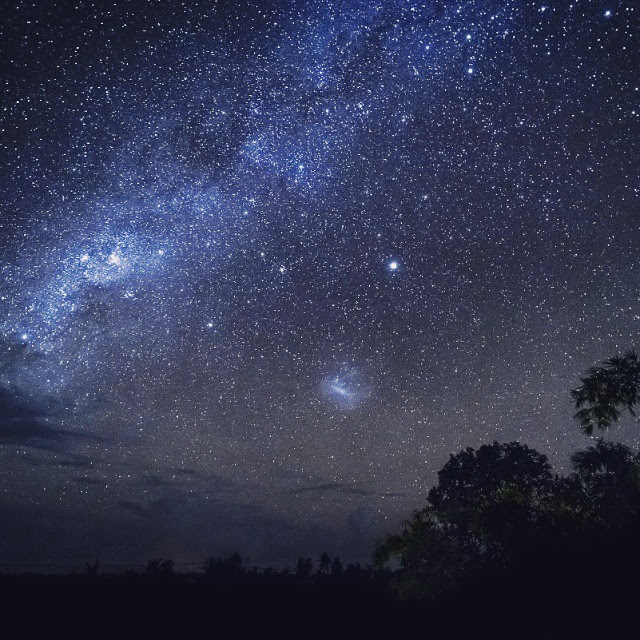 Nyepi in Bali was over yesterday morning at six am. Everything dark. No TV signal but Internet continued. Wayan who works here and I covered the windows. With everything closed I turned on the living room AC adjusting it to high. Cheated and went out a couple of times to look at the sky - once at 10pm and then at midnight walked slowly, carefully in total dark over to the pool, slipped in and lay there looking at the splendor of the sky before electricity. Photo off the net supposidly from Changu an hour away. It was even more spectacular but most the photos if one does a searchn image search for "night sky Nyepi" don't capure the brightness and manyness. Wish we had it once a month. Heck - once a week worldwide.

I've made this same sort of post after Nyepi before as I fainly recall. Anyway, we could go a long way toward reducing light polution if we moved toward more indirect light and didn't have lights that shone up to the sky. At the age of five. - My eldest son called me up and asked about this yesterday and here's what happened. - dc
at March 28, 2017 No comments:

Tomorrow morning at 6am for 24 hours the silent dark period of Nyepi begins - unique to Bali - everything stops including all flights, a dark island (I'll sneak out to look at the stars which are staggeringly bright and many). Tonight are the sizable Ogoh Ogoh monster parades. My fourth, no - third Nyepi (we were in Japan for the 1st one) but dear Katrinka is with her son's family in Oregon. Just little me alone in the dark. Ooooooooo.

I was up late last night and was lying awake in bed a little after seven and noticed sounds coming from the livingroom kitchen area almost like there was someone in there but the screen door is locked so I thought must be some bigger gecko or lizard. Hadn't noticed any big ones living inside recently. I was preparing to get up when I noticed the bed shaking, everything shaking little bit then more and realized what was happening and jumped up and grabbed some shorts I decided to slip into and by the time I got to the door it had stopped. Just didn't seem strong enough to merit nude departure. It was a 6.4 centered in SW Badung, the province on the other side of the southern peninsula - that's where Kuta is. Thought about heading out to get up higher to avoid a tsunami but nixed that.


Later French Blandine came over with her son Max (11?). They wanted to sit and talk which we never do - just say hi and niceties. They were sort of shaken up. I likened the sound of some earthquakes I've noticed to a train. She said exactly, that she'd thought there was a train running at the school next door where all the children were screaming. Max was in bed with his eyes still closed listening to those screams and thought his mother was moving his bed side to side to wake him up. She darted in, grabbed him, and they went running out to the street.

Back to that train sound. I was standing in our front garden in Okayama Japan in about 1990 and thought I heard a distant train, very faint, and immediately thought that it might be a earthquake. Felt nothing else. Later I found out that there was a 3.5 quake centered beyond the other side of town at that time - so slight most didn't notice. Those are old train sounds, not like the new ones.
at March 22, 2017 No comments:

from the Guardian - fossil fuel advocates say there's not enough proof and try to cancel funding for research, a curious combo, while those who follow current events are mainly sidetracked onto trivia that won't matter much for long. - dc
at March 21, 2017 No comments:

Open up them Pearly Gates! 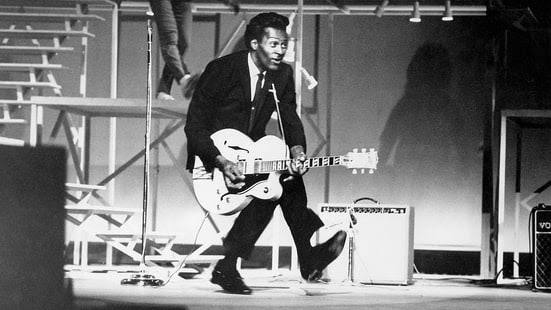 RIP Chuck Berry. Hearing Maybellene for the first time at the age of ten was a moment I still remember. It opened a door - and so much more came through there and keeps coming. Hail hail Chuck Berry!

- am not posting much personal stuff here anymore, mainly when I do at all it's on Facebook and, in this case, on Defuser Music dot com. - DC
at March 19, 2017 No comments:

Katrinka's hair dresser got a new job as head of sales for one of the top hospitals here in Bali. He's been here for ten years. Went to renew his work visa and they said he was doing womens' work and deported him. Katrinka thinks it's cause he's gay.
at March 11, 2017 No comments: