It's a Kecil Kecil World 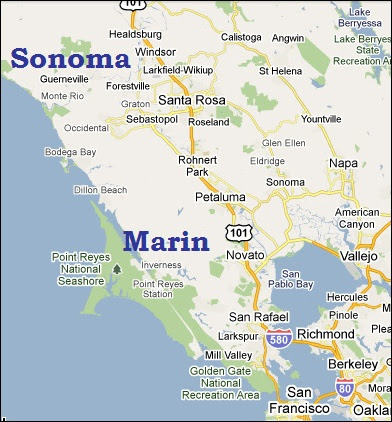 Talking to Katrinka, asked her where she was. In San Rafael on 4th St. by the BOA. In a week she'd been from the airport south of San Francisco to Mill Valley, Stinson Beach, Bolinas, Santa Rosa - and where she'd be in next few weeks - Sebastopol, Mendocino County to see Clay, SF for a few days then up to Oregon as her son Seth drives a truck with what's left of our storage. Just the territory covered in the Bay Area is larger than Bali and we're almost always within walking distance of where we live here.

Suddenly I saw myself as living in a small, limited world while she was in a place of vastness with so much variety and ease of travel. It can be pretty congested here going from one place to another. It was for her too going from San Rafael to Sebastopol yesterday because the hold up on that narrow stretch from Novato to Petaluma but it's just an occasional experience for her in her comings and goings.
I know that the image, the general idea most would get of what it's like where we live is not at all how I saw it and can continue to see it if I take that approach. Overall, yes it's pleasant and there are some super perks, but for me it's like being confined in a nice place. With the schedule of meditation, yoga, walking and other activities, and lots of work, it's a version of putting the snake in a bamboo tube. Yet I'm not eager to get out. Wherever we are, the real limits are in the realm of clinging to an idea of self and restlessness.