Dogs and so forth 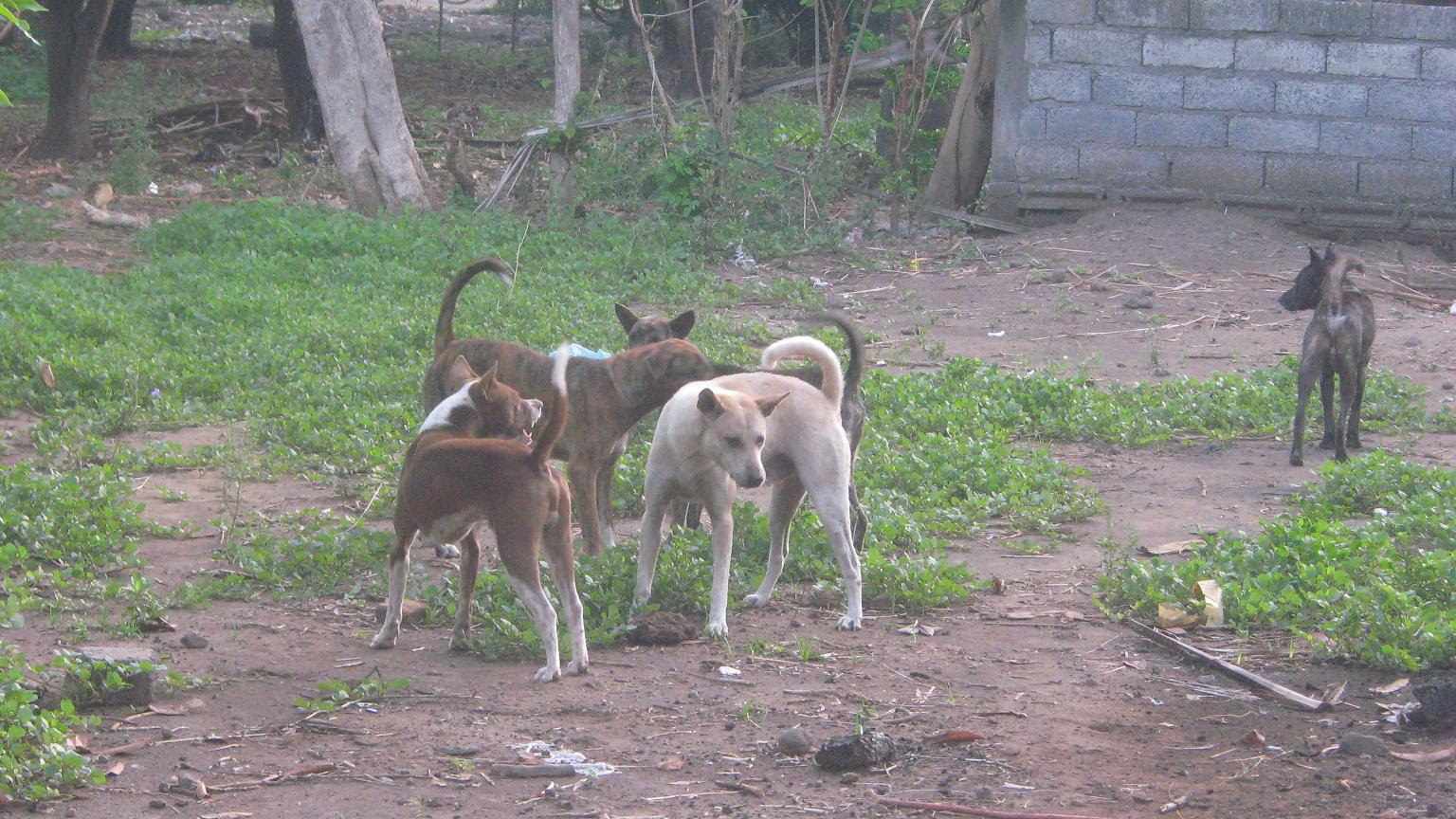 Dog talk around here recently. A dog has bitten a couple of people. One woman went to the hospital and flew back to Australia. The owner said there's always two sides to a story, maybe she antagonized it. Also said there was no need to get the dog checked for rabies because "there's no rabies around here."
There's a field across the street and dogs free to roam near fields where they can come in contact with infected animals dog or other - is said to be one of the prime conditions for spreading it.

Woman staying there was scared by another dog in the street who spoke to the landlord who asked what she wanted him to do about it and she said that he runs a guest house and he said something like you Americans always want other people to solve your problems. He's from London. Then she came back with something that antagonized him and he started calling her things I won't repeat and she moved out and lost twelve days rent. Then today walking back from tennis on a road where there are normally no cars except the gates open now for preparation for some event and a large guy in a small car with a normal sized woman next to him drove up to us and wanted to find said landlord and set him straight. This guy who may have been American was super mad about the whole thing. Said he's going to walk by every day and if a dog attacks him he'll kill it. I suggested his approach was going to be counter productive. That didn't cool him off at all. He seemed more dangerous than the dogs.  I think this could all be dealt with better with a sympathetic approach from each side. [That photo is supposedly of some rabid dogs here]
at October 09, 2015