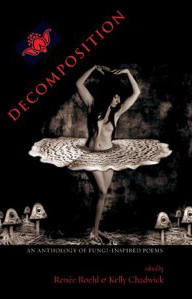 Was just corresponding with poet and bud Jane Hirshfield who referred to son Kelly's long fling with fungi and how she'd become adept enough to forage and be confident she wasn't going to poison herself. She said she'd talked with a museum curator on San Juan Island, far from Kelly's haunts up in Spokane country, who said that Kelly was as well-known and respected as anyone in the field. Wow. Really. I don't know so much about musrooms but I sure liked the book of poems about mushrooms that Kelly did with his former mate Renee: Decomposition: Fungi Inspired Poems.

And then there's the great series he wrote for a nature site on wild edibiles. Most of them are on cuke.com at http://www.cuke.com/family/edibles.htm