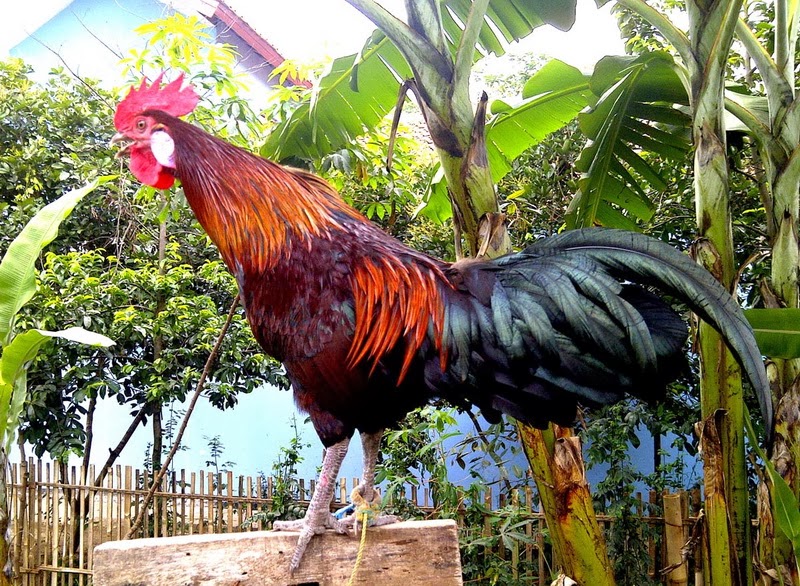 Next door there are caged song birds that start before sunrise. There is also a rooster that starts about that time and keeps going a good deal of the day, also caged, in a bell-shaped basket. Those rooster baskets are everywhere all over Bali. Cock fighting is a big deal here and it's done in and around temples. When I'm on the phone to someone in the States, which isn't offen, I'm usually asked by the person at the other end, "Is that a rooster I hear?" Yes. And there's more than one. There's been a new one over there for a while and it's got a different sort of crew. It's called an Indonesian Laughing Rooster. It sounds just as much like someone sobbing. There are examples on YouTube but none quite as extreme as the one next door. So cool.
Post script: Just learned from landlord David that Nyoman who has the warung (eating place) down the street spent a year in jail for ockfighting. He said that there are legal times in temples so he must have been involved with an unauthorized one. Lot of money exchanges hands at a cockfight. There aren't a lot of arrests for that. David said he was singled out to be an example, a sacrifice.