Words and Plasticity and ??? 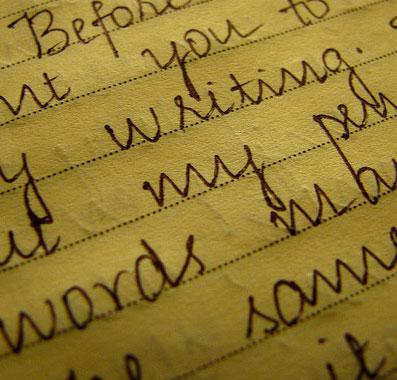 I was reading an article from BBC Future on neuroplasticity when an email came in suggesting a Radiolab show on Words - thanks Rick Levine. Then Katrinka returned from a walk and we listened to the whole show while she roasted oatmeal, seeds and nuts, and prepared fruit for a super muesli while I did yoga. Excellent and a great tie-in to the article which maybe I'll read aloud while she does dinner and maybe she'll finish reading it while I clean up.
I love science stuff. Went through the Tyson and Sagan Cosmos this year and got into PBS Space-time science shorts on Youtube which are to me at a difficult and mind blowing level. I always experience these fascinating and excellent shows though as missing half the story - not a mathematical half. So often the world of science and the world of spiritual inquiry are like separate islands (to draw on an image from one of the Radiolab segments). I know there are people who span the gap, but mainly we get one side or the other. Actually, I'm sort of prejudiced and see the main dummies in this regard as being on the science side. When I was at Sogenji in Japan a year and a half ago, much of what the abbot, Shodo Harada, and I talked about was the cool science stuff we were tuning in to. It's funny, phenomena studies are something we all share, but the big picture of numena/phenomena is not on most people's radar. Wise folks like Shunryu Suzuki and Ramana of Tiruvannamalai called the big picture reality and the partial picture a dream or a reflection or whatever.
But to me we're all dummies in one way or another so all is forgiven.
Oh yes - Here's the link to the BBC article on neuroplasticity which goes on about all the ways we're learning that we can keep fixing ourselves and improving in ways thought impossible by most until recently. I grew up in a home where I'd say we believed in extreme everything-plasticity. I'm more in the duh school of everything now but that doesn't bother mc cause I see us mainly as being in the lap of that which can't be improved. - dc
at November 25, 2015