This is just a boring report but for those who are concerned about cost and quality of medical care it might be interesting. That photo is Sangla Hospitol.

Last week went to Indra hospital for local residents and got my eyes and ears checked for whatever they check for. Was happy didn't have to replace the long distance glasses I got at Costco five or so years ago. Only use them for driving which I don't do and TV and museums. Same with short range - 2.75 holding steady. They gave me another pair of those.


Ears fine except there was cotton in both ears from inferior cue tips which I promised I'd not use again not even the superior ones Katrinka got in the US. And was told not to put alcohol in my ears after swimming to evaporate the water, just let it happen at its own rate. Too bad, I liked doing that. Got some eye drops because she said that my eyes are a little dry which happens at my age - 72- and in this tropical clime. Total charge for all about 25 bucks. We get local price because we have  KITAS resitdent visas. Then a step up to Sangla hospital for heart and blood. I was in the Amerta wing which used to be called the international wing though, as with Indra, I never saw a caucasian and only spoke English with the cardiologist.who's a high cast nice guy who spoke it quite well - one of the few males I've dealt with in 3.5 years for medical or dental. There are a few higher cost hospitals that specialize on dealing with foreigners. All those tests were fine. That cost about seventeen bucks. Blood test next morning then eat and another two hours later cost about what it would in the US - 90 bucks. They emailed me the results in English and Indonesian which I forwarded to the doctor who said all is good. No charge for that.

Glad to have that out of the way. Don't need a colonoscopy for another two years. Katrinka's Aussie nurse practitioner suggests doing that in the States because they don't have a good reputation here for reading the results. I've heard that before and thought that for.Xrays, scans, etc it might be good to get another opinion in the US or maybe Singapore. That can be done via email. Katrinka and I were sitting at a table by the black sand and pebble and stone beach in Buitan. A small pura next door, a shrine. Local people had gathered for a ceremony - women in colorful sarongs, men in white with head wraps, kids sitting together near us. Katrinka said she wanted to leave now. The reason - she was anticipating they might start sacrificing some piglets. She'd seem them washed up on the beach after a ceremony there, their feet bound.  Our hostess says they throw them in the ocean that way during ceremonies. Just certain ceremonies. So we left. I've heard a lot about animal sacrifice here, about taking dogs, cats, cattle out in boats and coming back without them. Some have started the practice of not hobbling them so they have a good chance to get back. I read that Tannah Lot, one of the most famous temples here - and just below Trumps five or six star golf resort to be - has sacrifice with every ceremony..That photo's just off the web but it's just what the beach and kids looked like.

An article on Animal sacrifice in Bali - fixed this link
at May 20, 2017 No comments:

Email ThisBlogThis!Share to TwitterShare to FacebookShare to Pinterest
Labels: Engaged

Just stayed three nights in Buitan near Candidasa at hip Tania and Lempot's Lumbung Damuh where we've been a few times before. Walked down the black sand and pebble beach a few hundred yards to where it ends in rock and soil jutting out.  Past catamarans and beach shacks, a narrow stream running into the sea. When I got back I asked Tania where all that Styrofoam came from - and those big things - what are they? She explained. And this Facebook post explained it too. That photo is just one from that post. It's in Candidasa. Tania explained that those big things, as you see in the water to the left, are cement covered Styrofoam floats that they anchored out a ways to break the waves to impede shore erosion. Problem is they break loose and bust up. They were made at Buitan and floated up there and when that failed as in the picture they were returned to the water off Buitan where some broke loose and busted up. There are small and large pieces of Styrofoam littered along the beach and that's after the cleanup. The kids love playing on the beached float and were using large pieces of Styrofoam to float on in the pool in the stream. 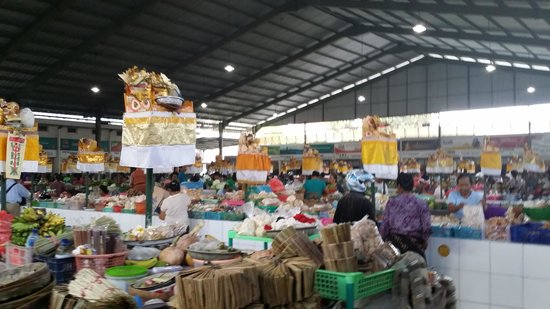 Was at the morning market, Pasar Sindhu in Sanur, at the stand where I get spices and suddenly it seemed all the women in the room were whooping, hollering, no words. It was over in half a minute. I've experienced that there before. The spice woman said someone was under too much stress so I took it to mean that one person had to start screaming and then all her compatriots join in to show support. It's pretty neat.
at May 13, 2017 No comments:

A Matter of Local Concern

The president here, Jokowi, is like Indonesia's Obama - not perfect but admirable

thanks Camille, my niece in Oakland for passing this along. - It's a good site related to Glen Greenwald and Snowden's leaks etc. - DC
at May 03, 2017 No comments: